If you’re a normal internet user like the rest of us and don’t necessarily use a very fast internet service, then chances are you won’t need a very expensive router since cheaper, mid-range ones will do just fine covering all your internet needs.

For less than $90, Linksys EA6350 AC1200+ is probably the best mid-range router you can get your hands on thanks to the features it comes with, and not to forget its excellent performance and how it handles multiple, simultaneous internet connections.

Enough talk and let’s check out its features and how it performs in real life! 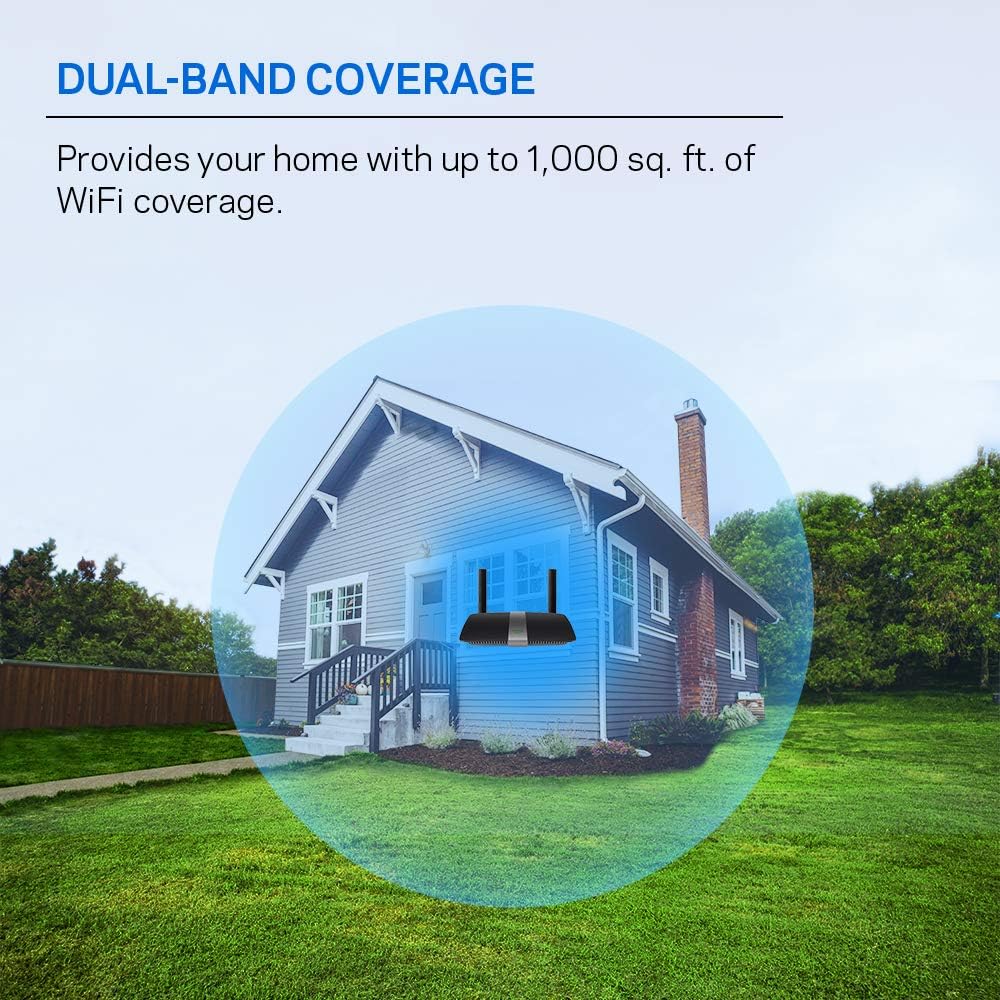 The Linksys EA6350 AC1200+ is a remarkable choice for a number of reasons, namely its futuristic, smooth design and the features it comes packing. The Linksys EA6350 AC1200+ is a small-size router that won’t take too much space wherever your put it, measuring at 1.1 by 8.9 by 7 inches. The only downside that comes with its design is that it has unremovable antennas that can be annoying sometimes, especially if you are short on space.

The router has a dual-band 802.11ac and is powered by a single-core 800MHz CPU that performs well for anything you’ll need it to. You can get speeds up to 300Mbps on its 2.4GHz band, and up to 867MHz on the 5GHz band. It also supports beamforming, which is the service that sends signals directly to each client (device) instead of doing so over a broader spectrum making the transferred data vulnerable to hacking and sniffing.

In the back of the router you’ll be able to find 4 Gigabit ethernet ports, a single WAN part, the WPS button, a reset button, and unlike most routers, this one has an additional USB 3.0 port.

Configuring this router is easier than ever thanks to its Smart Wi-Fi Web console that has both simple and advanced tools to let you have control over your home internet. The interface also allows you to see all connected devices, previously connected devices, and it will let you create a guest network and manage it if you don’t want your friends and family to be able to see what data is coming in and out of your devices. One to thing is that the guest network is only available on the 2.4GHz network, which means you won’t be able to share your ultra-fast internet connection with your guests.

If you’re a parent, then you’re in good hands as this router comes with parental control features, a speed test to make sure your internet is working well, and allows you to set priority to different media such as streaming, online gaming, or whatever you’d like to prioritize.

The Linksys EA6350 AC1200+ is one of the simplest routers to set up all thanks to its Smart Wi-Fi Web Console. First, you need to plug it in, connect it to your internet and a host device (tablet, smartphone, pc), and go to linksyssmartwifi.com using your favorite browser. This will launch the installation wizard that will walk you through everything you need to know as well as all the settings that you need to be aware of.

Internet speeds at both the router’s 2.4GHz and 5GHz perform well and see no lag or drop signal as long as you’re not too far away from the signal’s reach. When you’re about 30 feet away from it, you’ll get speeds up to 39Mbps on the 2.4GHz that is more than enough for streaming, surfing the web, and even online gaming.

When thinking of buying this router, you shouldn’t get your expectations too high, but you shouldn’t underestimate this router either. For a small family, this router is more than great, you’ll never find any problems if you have anything less than 10 people connected to it at the same time.

If you’re not tech savvy, the router also has an even simpler mobile app that makes it simpler than ever to control it and its settings. We hope this article was beneficial for you, and we hope you enjoy your new router.